Anyone who knows my taste in video games knows that I enjoy 1990s games almost exclusively but, within that temporal specification, I stick to side-scrolling platformers. When I saw gameplay of the 1999 adventure epic Shenmue, however, I decided to break with my typical video game diet and play a game that involved more in-depth, investigatory gameplay. The now-classic Sega Dreamcast title is an atmospheric look into the life of Ryo Hazuki, a young man who must solve his father’s murder. In attempting to track down the killer, Lan Di, Ryo discovers that the Hazuki family has a secret past and that his father’s death is connected to a big-time crime syndicate. Shenmue is a slow burn—when it starts, you’re interviewing townspeople about whether they witnessed anything the day of the murder, but gradually you’re drawn into an epic plot that spans far outside Ryo’s small hometown of Yokosuka, Japan. 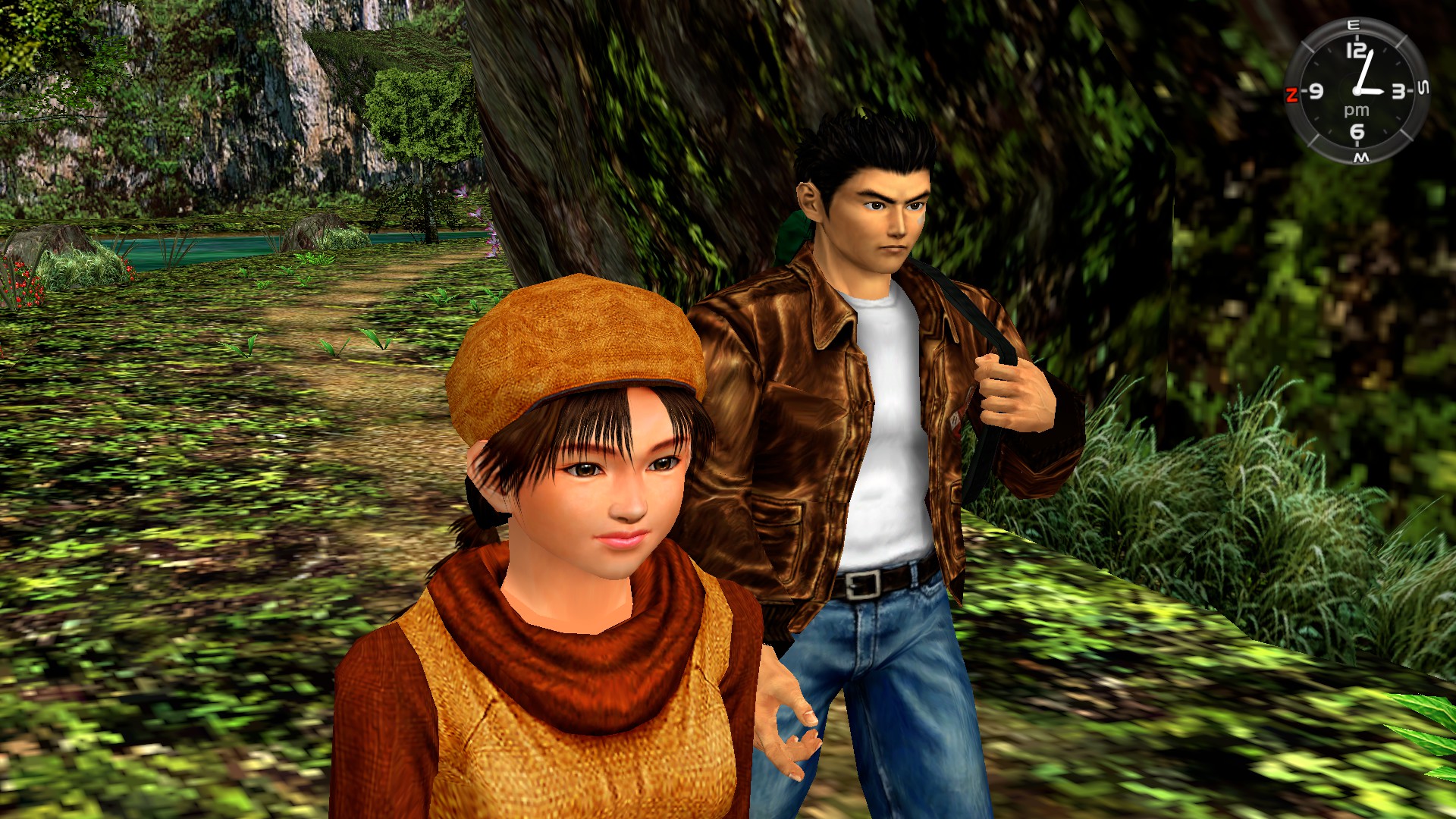 I’m not an expert on video games or their classificatory terminology, so I’ll approach my subject today from the perspective of the casual gamer rather than the hardcore fan who no doubt recognizes Shenmue’s important spot in video game history but also proclaims it to be outdated. Personally, I welcome the slow-paced, meticulous, inquisitive style of gameplay, but detractors who are more used to intense open-world games like Grand Theft Auto often decry Shenmue for having aged poorly. Like I said, the game draws you into its environment slowly. If you were to attempt to solve a mystery in real life by yourself, the process would likely be a long-term methodical one that requires patience and careful examination. As far as I’m concerned, Shenmue would be nothing without its mundane focus and its attempts to reflect the long, slow stretches of time that we experience in our own lives.

Shenmue II sees a return to the same drawn-out mystery gameplay, this time on a larger scale and with some minor (though irritating) flaws. In Shenmue II, Ryo travels to Hong Kong to track down Lan Di, and the open-world environment is significantly more difficult to navigate than the quiet town of Yokosuka. At times, the game requires you to take part in challenges that delay moving the plot along for quite some time. The plot is not as tightly constructed since a great deal of the wandering around that Ryo is required to do leads to some dead ends and unproductive results. That being said, it still feels true to life in the sense that we encounter setbacks alongside triumphs. Also, the finale of the game occurs after an incredibly difficult chapter of the game wherein there are no save points, so be sure to have a lot of time on your hands when you get to the last challenge of the Kowloon section. I am inclined to forgive Shenmue II for its difficulty and its occasional oversights, since it is often just as immersive and engaging as the first game is.

The Shenmue II finale is memorable and satisfying, especially since the supernatural, mystical occurrences feel like such a great payoff after the story had such mundane, humble beginnings. What initially started out as a pragmatic quest for revenge within the confines of one’s own surroundings turned into an epic journey to different parts of the world, and Ryo’s objectives now concern issues of self-improvement, self-discipline, and ethical behavior toward others. The dialogue might be stilted, the graphics might feel awkward, but Shenmue I and II are video games with a lot of heart. These titles always have charm to them in spite of their shortcomings, since their thematic content is so sincere.

With the long-awaited Shenmue III just around the corner (the release date was just delayed to November 19th), Shenmue I and II have gotten a resurgence among fans within the last year and a half, due in no small part to last year’s excellent re-release on Windows, PS4, and Xbox One. Hopefully in Shenmue III, we’ll see the return of a lot of the iconic side characters from the first two games—the spurned love interest Nozomi, the opportunistic gang leader Ren, and the enigmatic Shenhua, just to name a few. Curious gamers are highly encouraged to check these classic games out, especially since the release of Shenmue III constitutes one of the most highly anticipated releases in video game history. People who played Shenmue II back in the day have waited 18 years for the saga to continue. I typically sit out when these momentous video game occasions come around, but I’m very eager to experience such an important event in this particular case.

“Common Courtesy” by A Day to Remember